Modifications to the Trademark Law, Patent Law and Designs Act in Argentina 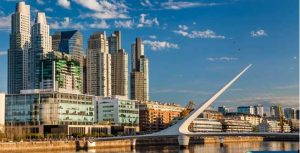 Though a Decree published on January 11th 2018, (that must be ratified by Congress within the next few weeks) Important changes were made to intellectual property Law.

The most important change in relation to the Trademark Law is related to the Opposition System. Argentina has been known to have a unique Opposition System, different from most countries.
With the modification, the term to obtain the withdrawal of the opposition in an amicable manner has been reduced from 12 to 3 months and, if no amicable agreement is reached, now the Trademark Office will have sufficient authority to rule on the merit of the oppositions filed, like in most countries of the world, and resorting to the Courts will only be necessary on an appeal stage.

In this sense, the Trademark Office will also intervene in cases of cancellation due to lack of use, and in cancellation of registrations based on bad faith.

Furthermore, with the new rules, it will be necessary to file a sworn declaration of use within the fifth and sixth year of registration to maintain its validity.

Finally, regarding the important changes, once the Trademark Office updates their system, it would be possible to file “multi-class” trademark applications in Argentina.

The term for filing the Request of Examination is reduced from three years to eighteen months, as well as the term for paying such examination.

Moreover, in relation to the Power of Attorney, with the previous rules, it had to be filed with the application; with the new decree, a sworn statement by the Attorney will suffice unless the Patent Office requests otherwise.

When it comes to the registration of Models and Designs, the most important change is that now it will be possible to file multiple applications on a single filing (up to 20 different Models or Designs).

Also, the requirement for filing formal drawings has been deleted and it will be possible to file photographs and/or electronic reproductions of the Models and Designs; while the description of the same will not be mandatory, but accepted if the applicant deems it convenient.

Among these important changes, a lot of smaller modifications have been implemented, reducing the terms and requirements for the applicants to obtain their registrations.

This site uses Akismet to reduce spam. Learn how your comment data is processed. 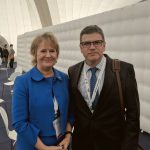